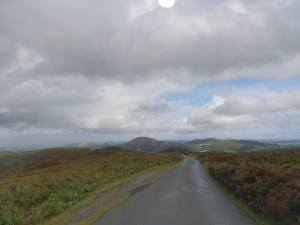 “A living man can be enslaved and reduced to the historic condition of an object. But if he dies in refusing to be enslaved, he reaffirms the existence of another kind of human nature which refuses to be classified as an object.”
-Albert Camus

It was one of the those hot days that only happen when you’re a kid. Maybe it wasn’t that hot at all compared to the days that surrounded it but on that day the grass on all the lawns, from the fenced-out woods at the top to the hum of the main road at the bottom, was yellow and coarse. All of the lawns except Mrs Bhandi’s. For a family that did their best to stay out of the limelight in these days of poll-tax riots and football hooligans, the Bhandi front lawn stood out like an oasis in the concrete desert. The lawn was florescent in its green and there were no bare patches where cracks had opened.

Every night Mrs Bhandi could be seen draped in her bright patterned robes from just above her ankles to just above her brow. Now and again a flash of arm to the elbow, came into view and gold and silver bracelets tapped a tune against the metal of the watering can. Mrs Bhandi had gold on her ankles too, and I wondered if she only showed these parts of herself because they were the prettiest. Indeed I did like to watch her as she moved, so different to my own mother. When my mother moved it was quick and restless and jerky and always filled with intention. My mother, like all of the other mothers that I knew except Mrs Bhandi, moved in an intentional and laboured way as though everything was an effort and her own being was a weight. I never understood it and wondered if I had something to do with it. I was always getting into things, though Mrs Bhandi had three children and swelled with another but there never seemed to be edges to the way that she moved or dark shadows around her eyes.

Like the water that she poured on her garden, Mrs Bhandi flowed:  a sail, the fabric of her dress moving to the rhythm of the breeze that she created, rather than with her.  It was calming to watch and that’s why I always tried to be out here when she was, those flashes of her brown skin always worth the wait as I pretended to pick at the tired grass on the next lawn.

Of course she knew that I was watching her. I’m sure now that she knew very well the effect that she had on everyone who watched her and from time to time she would flash me that smile of hers that she never gifted to any man besides Mr Bhandi. There was a contrast in the whiteness of her teeth and the dark lips that parted to reveal them that caused a little jolt in me each time, even at my tender age, but it was the tiny diamond in her nose that took me every time. How a thing so delicate and so tiny could capture all of that sunlight and concentrate it in my eyes took my breath and was always gone again before I got it back.

All the rest of our lawns looked dead in comparison; parched around the edges with dry soil that crackled silver in the light of the morning. When it rained next I would sit and watch the water run in confused lines through the cracks. After a couple of days of rain, of course, we’d forget the heat of this day, just as on this day we could not imagine that it had ever rained.

In the centre of Mrs Bhandi’s front lawn was a rosebush. She and Mr Bhandi had planted it the week that they moved in three years ago…

He’s warmed, somewhat, as he sits alone at the kitchen and shovels sloppy spoonfuls of lukewarm porridge into his mouth. It is the exertions of the morning that have given him the glow and he’s thinking, vaguely, about Blower. Outside light is coming into the day and there is no chance of second helpings. They’ve both eaten already and the cereal box is carefully filed away with the other meagre contents of the pantry. He can hear Amber in the bathroom above and the soft creak of his mother’s footsteps in the bedroom as she tiptoes around her husband. Sam knows all too well the consequences of waking him. It’s why he creeps about so; why he leaves his uniform in the garage, so that he can dress without making a sound in the cold oblivion of the morning and creep out of the garage door and to Khaira’s without making a sound.

Traces of his sister’s breakfast forms a crust around her bowl and he’s tempted to scrape what he can from hers, too: anything to abate the persistent hunger in his gut, but now she’s on the stairs and it wouldn’t do for her to see him do that; his miserable existence will be made all too plain for him at school without her chipping in at home, too.

On the portable a grainy image of a war somewhere far away gives way to the weather and a report of fog and icy patches. He raises his empty spoon to the telly and nods. “Aye,” He says: “been there.” …

She pulls away from the flowerbed and leans back on her haunches. It hurts to do so and she feels the muscles on her back twist and tighten; hears her knees creak and click in protest. She is perhaps too old for all this, she thinks, as she pulls off the gardening gloves and swipes at the strands of hair that have fallen across her face and allows herself a brief moment to acknowledge their wiry greyness.

Most often she pays no attention to the creeping vagaries of age. She has been down that route already and come out the other end still breathing. Now she simply lets time get on and do with her what it will. Still, though, she avoids prolonged eye-contact with the old woman in the mirror; with the old lines of old battles etched heavily across her brow and pulling at the corners of her eyes and mouth.

The garden, she thinks, is looking just fine. Will be on the edge of perfect by the time she gets done with it, however much it might take out of her. However difficult it might be to raise herself the next morning, and even if she can only muster the energy to look at it through the window: it doesn’t matter.

What matters is the garden with its neat borders and tidy shrubs. The lawn still with the lines of the mower, up and down. It is her garden of unremembrance and she smiles now at what she has done with it in all the years of unremembering…

A dual carriageway runs through this part of the city. A ceaseless river of traffic serving to bisect the suburb. Sometimes it is beautiful, like when the chestnuts that run in broad double lines down the central reservation confetti the road with an early summer snow of blossom but mostly it was dun grey and noisy. In better times the boy had ventured with his father onto this strip of grass to search for treasure. The shining polished fruits of the dull season. Josh was too young to come and Lizzy wasn’t interested so they’d come the two of them on a whim. A wistful moment when being a father suddenly mattered again and the boy loved these moments as the traffic roared all around.

This side; their side, was the right side of the tracks. The other side was a jungle that frightened had frightened him. Mostly it was the disorder and the way that things changed when you crossed over; the way that people drove and parked; the way the people spoke with louder voices and swore without a care. It frightened him the way that gates hung limply on broken fences and lawns were uncut. Sofas and fridges abandoned on the roadside for weeks on end until the council plucked up the courage to venture in and move them.

On their side it wasn’t like this. There was a responsibility to keep hedges trimmed and lawns tidy; cars were shinier and parked on drives and people said polite hellos and talked about the weather.

The helicopter that buzzed almost nightly over the warren of roads on the other side still buzzed over them, of course and more than once he had flinched as the searchlight swept across his own window and lingered a while on the gardens out the back. He had lain frozen, expecting the world to invert and spin their fragile harmony into the mix with the other side….

This site uses Akismet to reduce spam. Learn how your comment data is processed.